A New Venture is Underway.

“What’s in a name? A rose by any other name would smell as sweet.”

These words from a famous balcony scene in Act II of Romeo and Juliet, are still packed full of emotion some 425 plus years after they were written. Possibly lost to meme culture and almost forgotten but for adolescents in highschool who read it over and over in pursuit of a good English grade.

This is the intro to my startup, kindled from an obsessive relationship with #hotwater, something we value but hardly ever stop to appreciate. 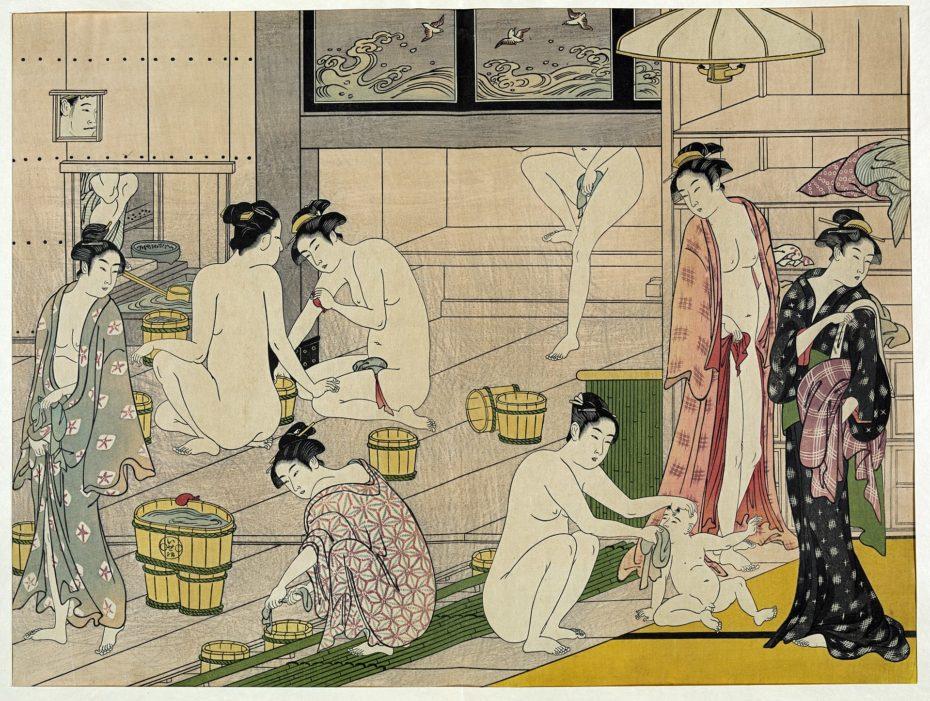 Mainstream bath culture is not much older than Shakespeare, with the oldest recorded bath history going back to Edo, Japan, where in 1266 where we see recorded documents of burning wood for that comforting warm water. I’m calling this conventional hot water, Hot Water 1.0.

My startup 753.plus is bring Hot Water 2.0 to the mainstream. The number 753 is pertinent in my new endeavour as it was 753 years that passed before we got Hot Water 2.0. The “.plus” is for everything to come.

Please follow along on Linkedin and join me on this journey to change the way billions of us heat the water we use every day. 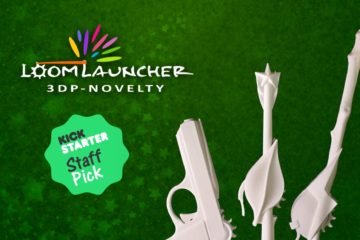 In many ways, 3D Printing and On-Demand Manufacturing are one and the same. Both mark a shift in the way products are produced and, thanks to the advances in 3D printing, on-demand manufacturing is now poised to change the way we get our hands on the products we want.

I’m not sparking a new debate when I say in part that overproduction leads to overconsumption and it has a negative effect on the environment. Slowly but surely we continue to deplete our planet of non-renewable resources and polluting the fundamentals that we need to survive.

3D printing presents a more sustainable proposition and I’ve designed a product to test it. Loom Launcher is one of the first 3D printed products that can be custom-made on-demand and has been designed to be cost competitive compared to similar products made using the old industrial model of mass-producing and distributing products. It’s a virtual product from conception right through to production and entirely managed by digital systems up until it’s prepared for delivery.

In my article ‘Printing 3D Guns – Bringing 3D Printing to The Forefront’ I talk about how 3D printing is already changing the way products and components are made in many industries from healthcare to car manufacturing. Interestingly, automotive giant Ford, the legacy of Henry Ford who is considered the forefather of mass production, is now using 3D printing in the design of cars at its Technical Centre in the UK – a stark contrast to the methods of mass production his name has become synonymous with.

On-demand manufacturing decreases the lead time between concept and product and reduces the upfront costs for the designer or manufacturers. Plus, as products are only produced just in time for when a customer places an order there are minimal up-front risks. Dubbed as a “personal factory”, the technology is democratising digital life and this hasn’t escaped the attention of online marketplaces like Amazon. The e-commerce giant is said to be hoping to cash in on the advances in 3D printing technology to bring customers whatever they want as soon as they want it. According to a patent application Amazon have filed in the US they’re hoping to release trucks with on-board 3D printers that will take online orders and create the ordered product either on the way to or at the customer’s door! This could save them millions of dollars in storage facilities and, of course, stock.

In the eyes of the masses 3D printing is a very complex technology that is only accessible to computer geeks and product designers. Creating a three dimensional design? Getting access to a 3D printer? Choosing the right printing material? It’s actually far easier than it may appear. Even those with little to no experience in design or technology can now start printing objects in no time and 3D printing is more accessible than ever before.

The Loom Launcher is testament to this. It’s a 3D printed toy for kids and for the young-at-heart – but it’s also more than this. It’s a deliberate design attempt to make 3D printing more accessible to consumers and was done so by leveraging other digital democracies like crowdfunding and social networks.

3D printing and crowdfunding have a lot in common – both are innovations that are changing the way we look at the marketplace and both are vehicles for entrepreneurial freedom. They have bridged the gap between what people only ever dreamt of achieving and what they can now achieve – and all from the comfort of the cloud on their own computer.

So it’s no wonder that crowdfunding sites like Kickstarter are behind lots of 3D printing projects – read my recent article ‘My story – of Passion, Printing and Prototypes’ where I share my journey going from frustrated designer to Kickstarter and crowdfunding advocate.

Advances in 3D printing have made the technology accessible to anyone who wants to turn an idea into something tangible, translating their vision into something that they can touch, play with and even sell. On-demand manufacturing is set to make production more sustainable. While we could expect to see more products created, the result is just the opposite as it creates a marketplace where products are produced to order – slashing lead times, with less risk and cost but with more choice and freedom for the consumer, with only products that are in demand produced to fulfill actual needs as they arise. 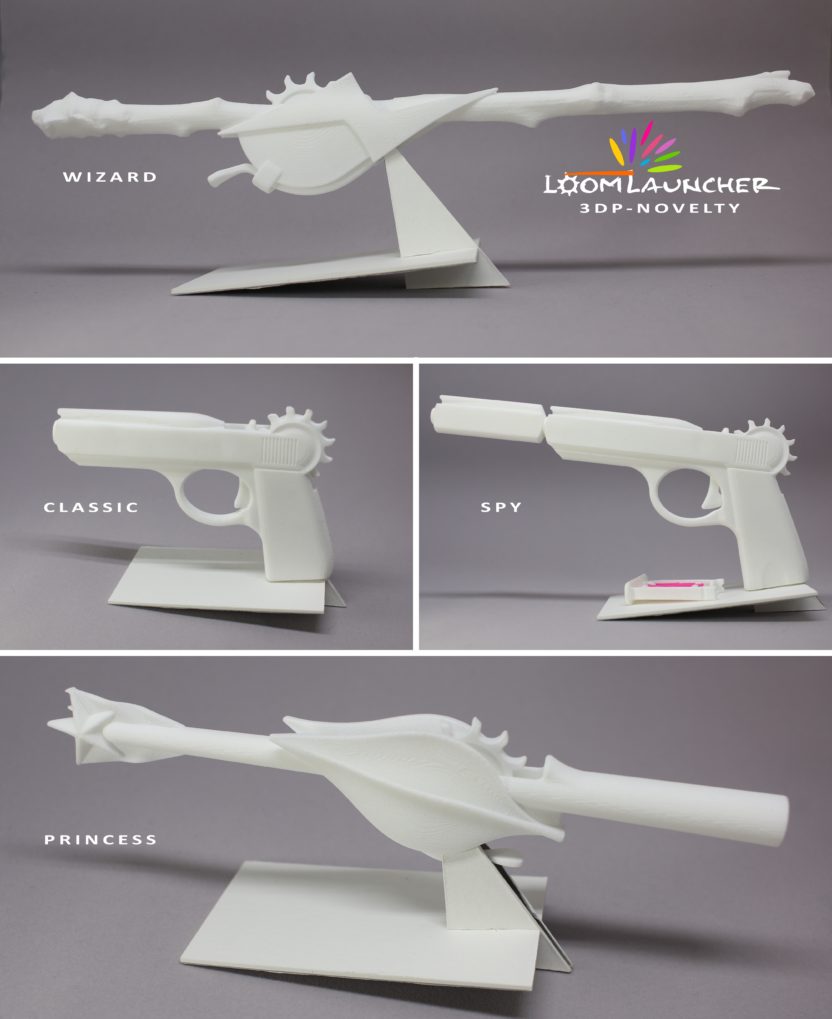 Guns on Demand – Bringing 3D Printing to The Forefront.

I should start with a disclaimer of sorts – this article isn’t about the gun control debate  nor is it an argument for or against 3D printing firearms. What’s impressive is how the 3D printing of firearms has brought the technology to the forefront and been a catalyst for change in the way we interact with 3D printing.

Even though commercial 3D printers have been around since the early 80’s, most people still struggle to separate fact from fiction when thinking about 3D printing. But it’s crazy to think something that has been around for three and a half decades has only now been dubbed by some as the next industrial revolution.

In the last 35 years we’ve hardly made a drop in the ocean of the potential of 3D printing in the consumer market. It has some pretty impressive applications in medicine and healthcare, creating limbs for amputees and even printing artificial organs. Its primary use has been accelerating development cycles in the manufacturing industry but  consumer applications are somewhat lagging. The one area that has caught the attention of the world’s media, politicians and terrified parents everywhere is the 3D printing of guns.

This application of 3D printing is sparking debate over whether centralised gun control is a solution to escalating gun violence – perhaps not, when anyone can print a gun on a $300 printer. The associations with crime and violence that guns represent are a big part of the reason that 3D printed guns have sparked such a frenzy. Many fear 3D printers will make firearms available to the wrong people and result in an increase in violent crimes and the type of mass shootings that have blighted recent times. There is a fear that whilst today’s 3D printed guns don’t match up to ‘real’ firearms, one day they might. Case in point: we are seeing increasing innovations in 3D printed firearms.

The 3D printing of guns has prompted discussions about the laws and regulations surrounding 3D printing. Many are understandably uncomfortable with being told what they can and cannot print on their own personal printers in the privacy of their own homes. You could argue that 3D printed guns have given 3D printing some bad press. But hasn’t it just changed the way we think about how products are made and who can make them, taking some of the power from the regulated and centralised monopolies back into the hands of the consumers? 3D printing enables us to create products that meet our exact, rather than globalised needs.

3D printing has already changed the world. Guns are the most controversial example of how it’s actually happening and, love them or loathe them, they have been a catalyst for revolution and have launched the technology into the limelight. 3D printing  will to continue to change the way we play and interact with each other, the way we prepare food, the products we wear, how we travel and take photographs. It’s no longer a case of if, or even when, but are we ready for it? Can society, our views and the laws of the land keep up with the changing consumer landscape brought about by 3D printing?

I’m sensitive to all those parents out there concerned about toy gun play as contributing to a foundation for violence. We need to address the root causes, as prohibiting guns, 3D printed at least, is not practically viable. In fact, for some, prohibiting gun play is creating a virtual obsession on the glamour of guns as a forbidden fruit, having the opposite effect.

I’ve recently invented a “gun” that shoots mini rubber bands and it’s called The Loom Launcher, taking a poke at the idea of a 3D printed gun. It’s a crowdfunded idea bringing attention to the possibilities of 3D printing. In reality parents and even kids can now print their own toys. For those who are uncomfortable with even fictional firearms, it doesn’t have to be a gun. It can be a wand for kids to cast their spells by spreading the loom love around the house!