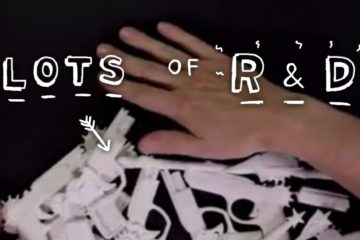 Here we share our work, thought pieces, and news.

Contrary to popular belief 3D printing isn’t actually the new kid on the block, with many still nervous of a future found in sci-fi novels. 3D printing processes have actually been around since the late 70’s with the first commercial 3D printer invented by Charles ‘Chuck’ Hull in 1984. That’s just 12 months after the first mobile phone became commercially available. Yet, today, over 90% of all Americans own a mobile phone but I can’t even find any statistics for the number of US citizens who owns a 3D printer for personal use. How many people do you know with one? Exactly.

I, on the other hand, bought my first 3D printer back in 2002 and have spent the last two decades or so running JDi Design – an industrial design and product development service provider. In a nutshell, I take an idea for a product and turn it into a reality for clients in a variety of sectors from medical to industrial and 3D printing has been an integral tool.

This business is centered around my passion for design and environmental sustainability. I firmly believe that if we want to combat the negative effects of industrial production the environmental issues need to be addressed at the design stage. But this is expensive for the typical corporate client who is driven by their bottom line and is dependent on maintaining their existing investments instead of exploring more sustainable options.

I was convinced that there had to be a better way. I took on some high risk projects with some high risk clients but after a series of unpaid invoices, and unforeseen circumstances, it cost me my life savings and with it somefaith in the corporate world.

But all was not lost, still convinced that there had to be a better way to do business and the chance to, as Benjamin Franklin said, ‘do well by doing good’, I started analyzing crowdfunding sites like Kickstarter to leverage design and help grow decentralized digital democracies.

I must also mention the time I sat around a campfire with my brother-in-law and he started talking about how cool the ‘ultimate cooler’ would be. We threw out ideas whilst we drank beers, everything from speakers and lights, even dry ice puffing out in a cool, dramatic cloud as you open it to the sound of heavenly angels singing – pretty much everything but brewing the beer itself ( this would make a good Kickstarter perhaps?!) Then one day, months after our fireside brainstorming session I noticed that a guy had indeed come up with the ‘Coolest Cooler’ and was raising funds for it on Kickstarter. Kitted out with speakers, lights, the ability to charge your iPhone, and many more ideas above and beyond our own fantasy cooler. Low and behold, Ryan Grepper, the brainchild behind the ‘Coolest Cooler’ , has now raised over $13 million in funding on Kickstarter – $13 million!

Ryan’s story just showed me the true power of the people. Sat around a boardroom in the corporate world, the idea, and many like it, would probably have been dismissed quicker than you can actually say ‘Coolest Cooler’. But sometimes the craziest ideas are the coolest (literally in this case) and capture the imagination of the public in a way that not even the most experienced market analysts can predict.

And it’s no secret that sometimes the best ideas are the simplest too. Another Kickstarter campaign to produce a bluetooth controller for a paper aeroplane managed to raise over $1 million – a few bucks of which was my own donation and I went on to buy a few as gifts which were well received to say the least.

I was more than suitably impressed and inspired so embarked on my own 3D printing Kickstarter journey. My kids were playing with a wooden rubber band toy and it got me to thinking. How would this look if made with 21st century technology? And, what do you know — 27 prototypes and many handcrafted mouse-clicks later, the Loom Launcher was born.

The Loom Launcher is now the world’s first 3D printed, mechanical, multi-shot, self-priming, rubber-band launcher, printed in one go. I’ve created 6 different designs so far including: “The Princess”, the wand-like “Wizard”, the “Dirty Harry”, and the sleek “Spy”.

It also has the added bonus of making use of all those loom bands left lying around the house that only last year kids just HAD to have. They adorned the shelves of stores across the country only for its fickle audience to move on to the next must-have craze, leaving the loom bands in the lurch. So in the spirit of sustainability, the Loom Launcher revitalises your leftover loom bands. It’s made on-demand, never over produced, only made for those who want them and, being 100% Nylon, it is recyclable.

The Loom Launcher, whilst hours of fun and bringing a new lease of life to the much-loved elastic band launcher, is more than just the product or even the idea. It’s my homage to a new era of on-demand production and pushing the limits of additive manufacture, it’s an attempt at dipping my toe into the power and potential of crowdfunding.

I plan to write more about 3D printing and the power of crowdfunding in my upcoming article ‘Change is Gonna Come, 3D Printing and On-Demand Manufacturing’.